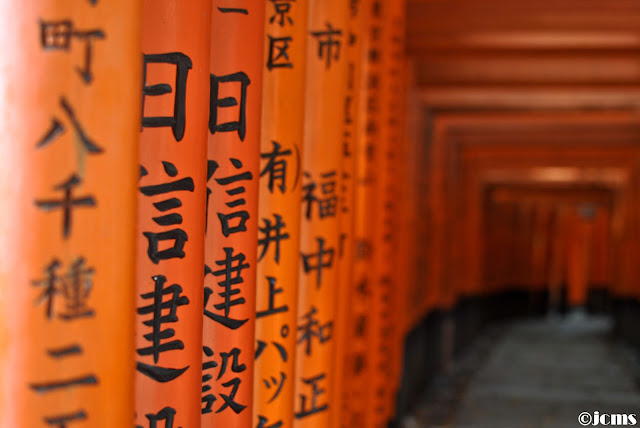 Torii(鳥居) and orange. Those two words are enough to describe Fushimi Inari shrine in Kyoto. Unlike other shrines or temples, Fushimi Inari is always open to the public. There's also no admission fee and it's quite near from the train stations. 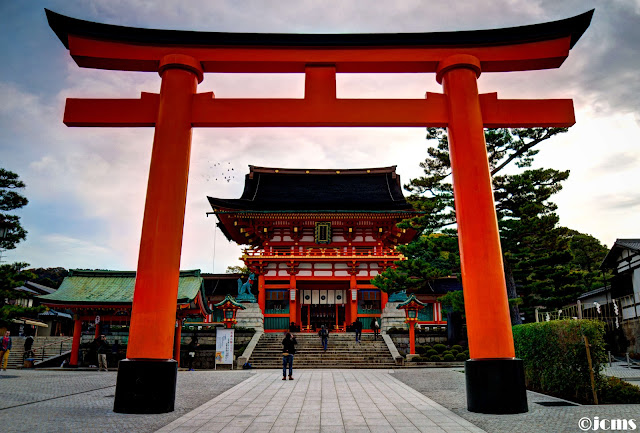 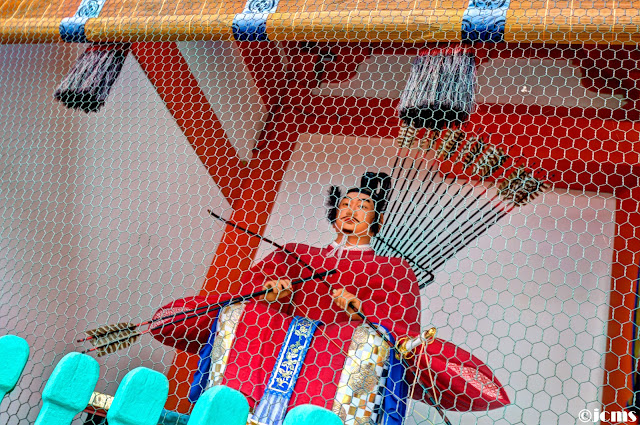 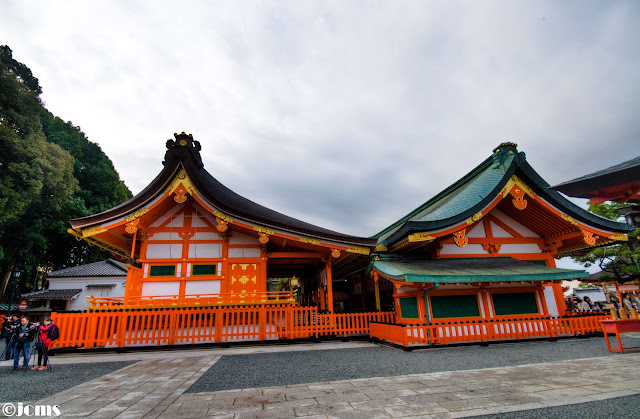 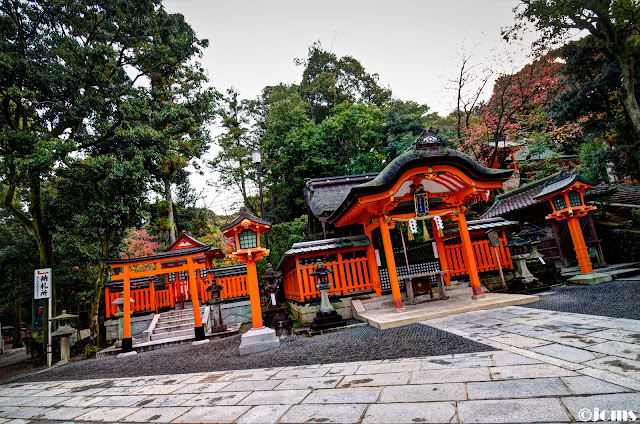 Fushimi Inari shrine is actually composed of many smaller shrines. When we looked into the map, it's like the entire mountain is filled with toriis and shrines. Of course, this is what Fushimi Inari is known for, so we took a short hike up the mountain to the first small shrine, which I really don't know what it's called. We passed by a shrine with a horse statue inside and just followed other tourists and some locals. I just wanted to get a glimpse of the toriis - big and small - and experience passing through them. Anyone who wants this will not be disappointed. 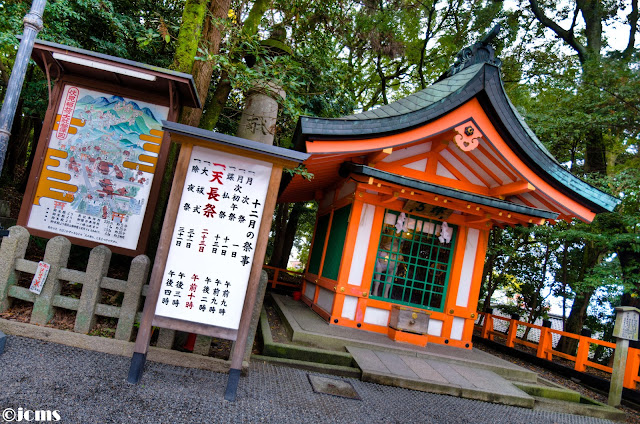 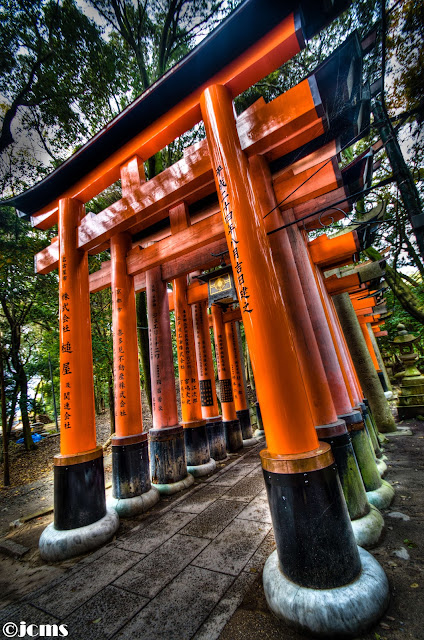 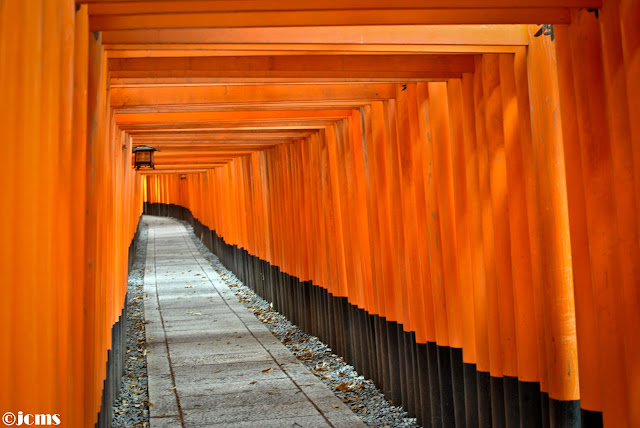 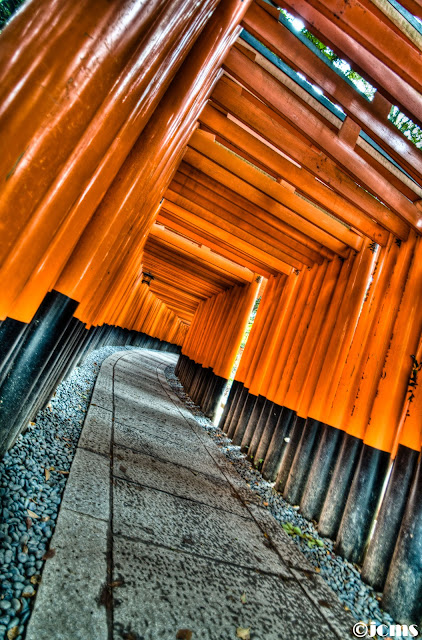 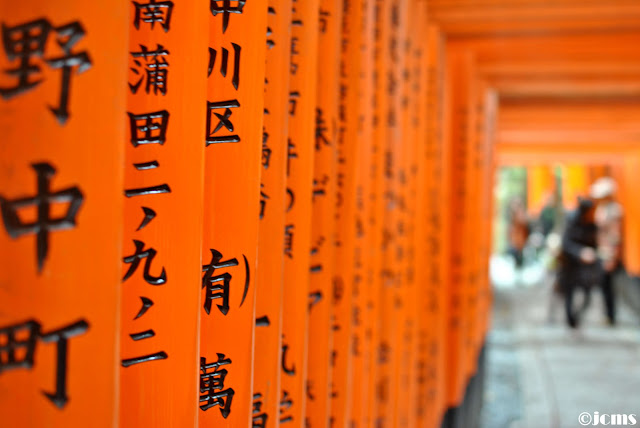 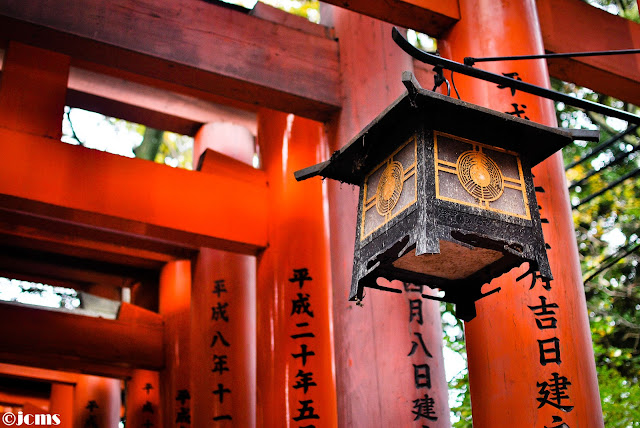 At the end of the first set of toriis was the first shrine. That first set started with 1 path of big toriis and ended it with 2 lines of small toriis as it branched out in the middle. Even though there were many tourists around, the sacredness of the place could still be felt especially when locals prayed. After taking some pictures, we headed back towards the main entrance and to the train station. By that time, the stalls along the street were already set-up with souvenir items. 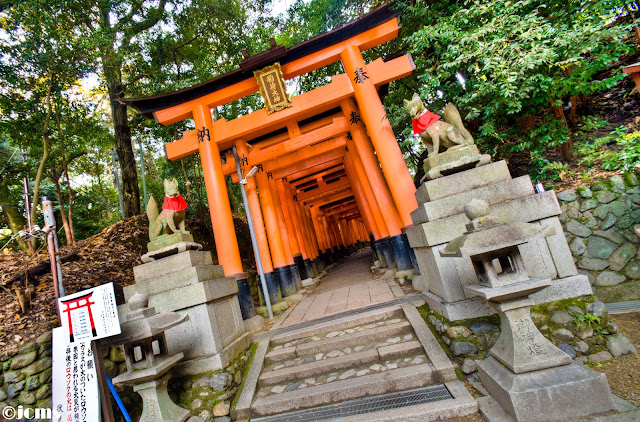 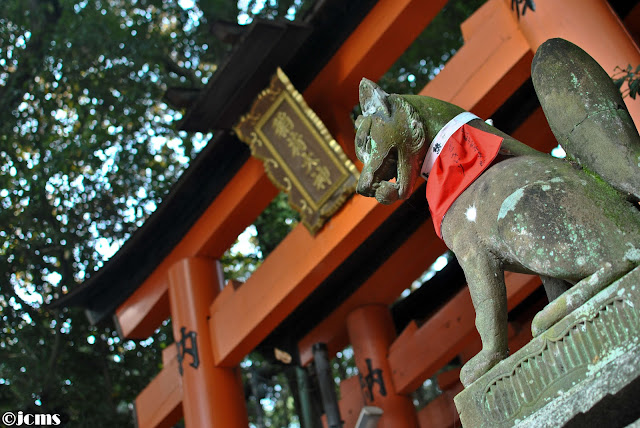 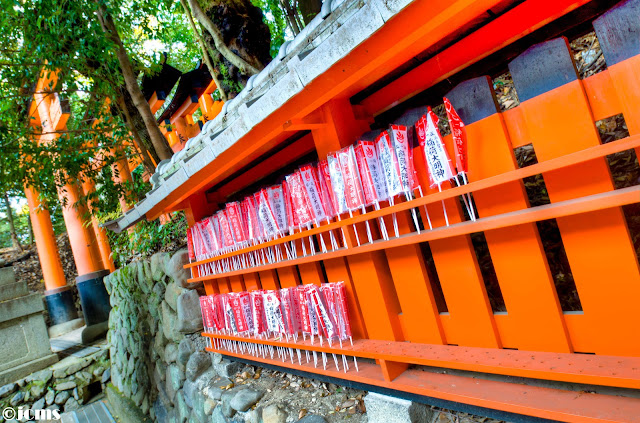 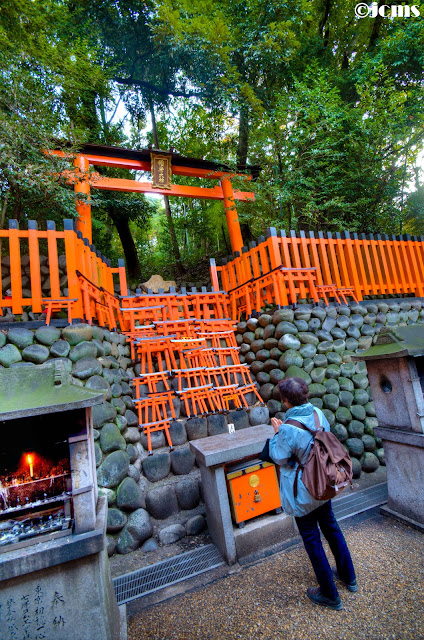 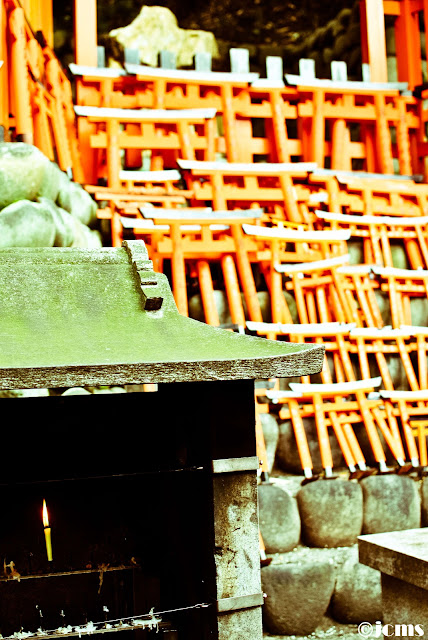 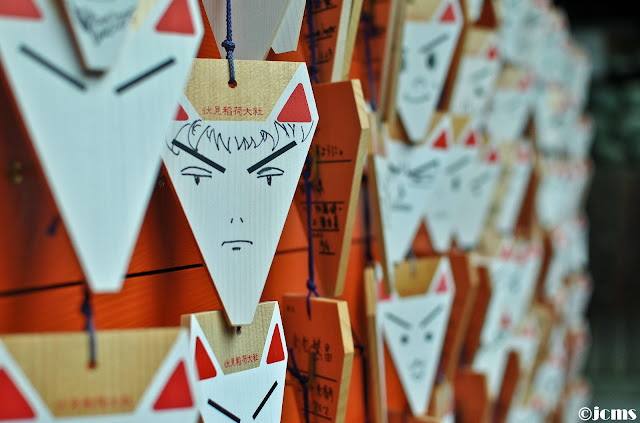 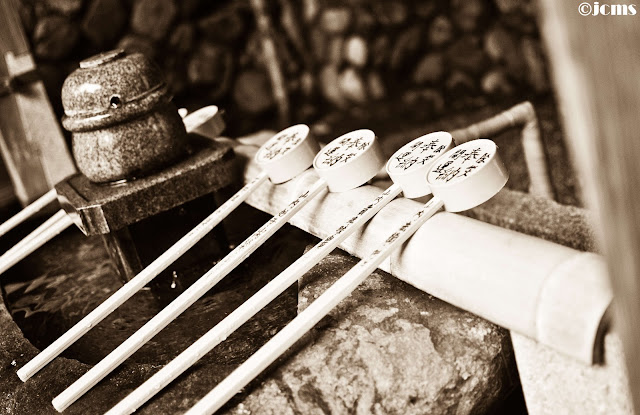 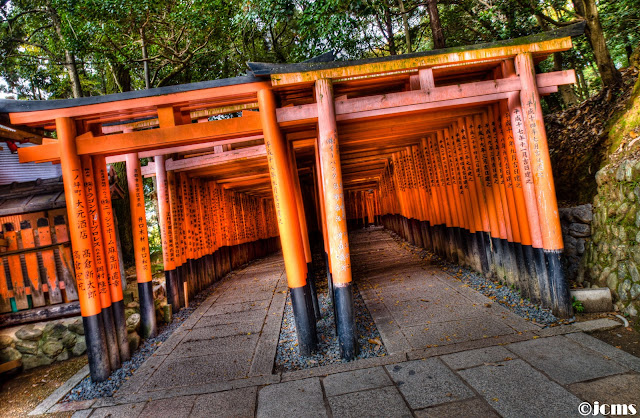 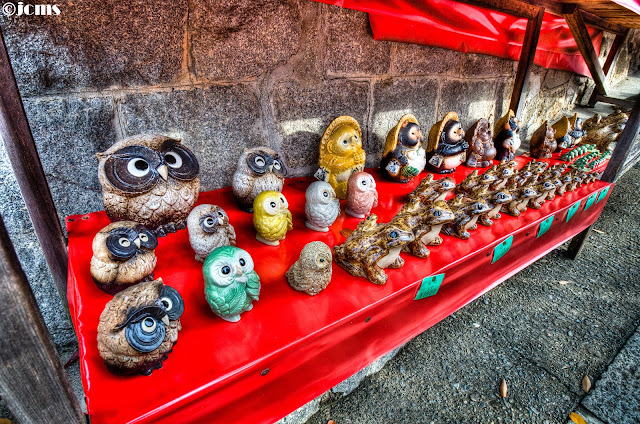